A Break Imminent For USOUSD?

The USD/JPY pair has once again stalled at the 106.05 resistance line, as where selling pressure has risen. Sellers have returned early in the Asian trading session and significant conviction from buyers will be required to overcome this resistance area. Momentum indicators remain bullish with RSI testing the 70 overbought line. 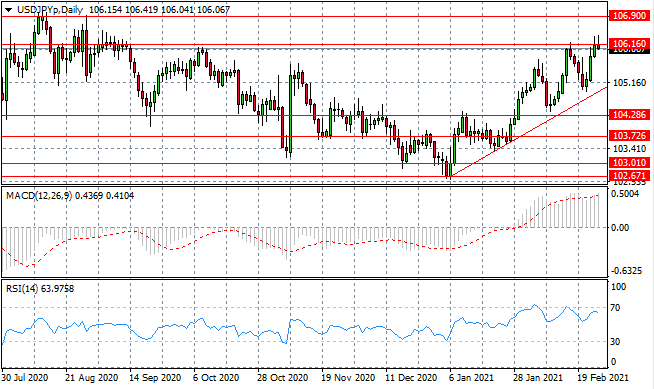 The GBPUSD rally appears to be reversing, as sellers have returned to the pair in early Asian trading. The next few trading session will determine whether the move is a pullback or a trend reversal. The next target is the 1.373 support level. Momentum indicators are also undergoing reversals with RSI dropping back below the 70 overbought line. 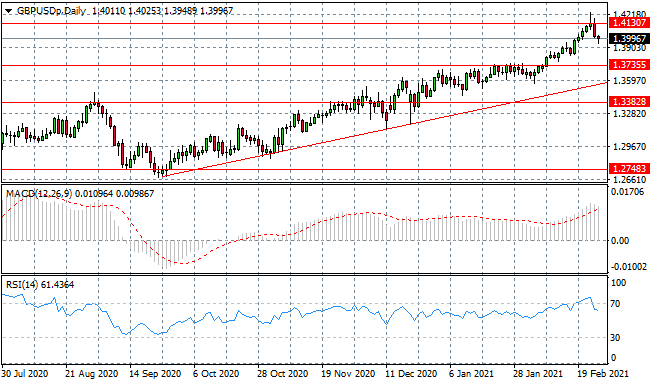 The Eurodollar continues to test the 1.217 resistance line as sellers fail to dominate price action despite containing the break. A series of small-bodied candles indicate that buyers currently lack conviction and the current range may remain intact. Momentum indicators are bullish with MACD testing the zero line. 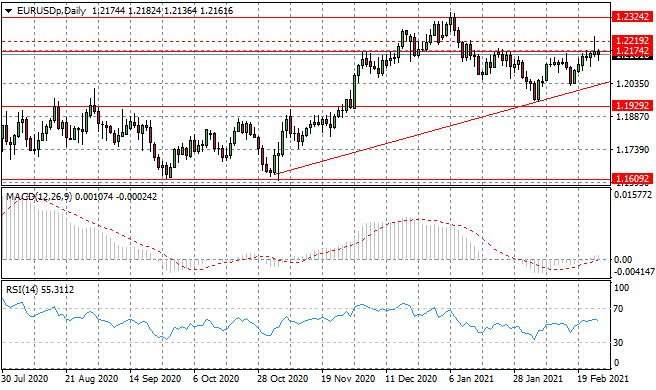 The USDCHF pair has failed at the 0.907 resistance line as bullish momentum begins to fade. Given the lack of selling activity, another attempt at the resistance line may be made. Momentum indicators remain in bullish territory with RSI approaching the overbought line. 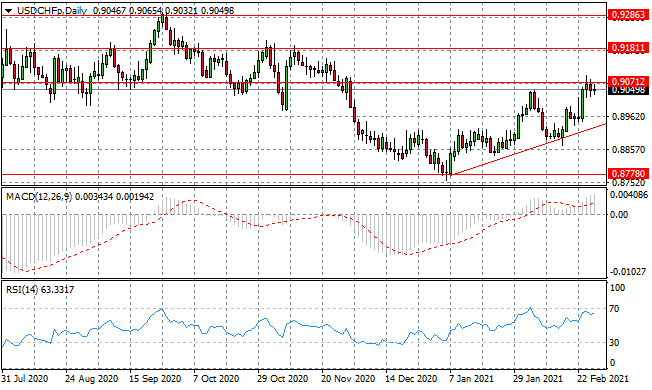 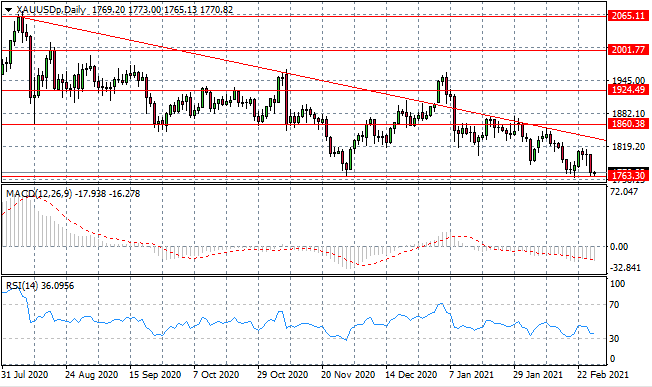 The USOUSD has failed to break the 63.35 resistance line in the last 3 trading sessions. Given the number of tests and the current economic situation, a break seems inevitable. Momentum indicators highlight a potential reversal as bullish momentum slows. 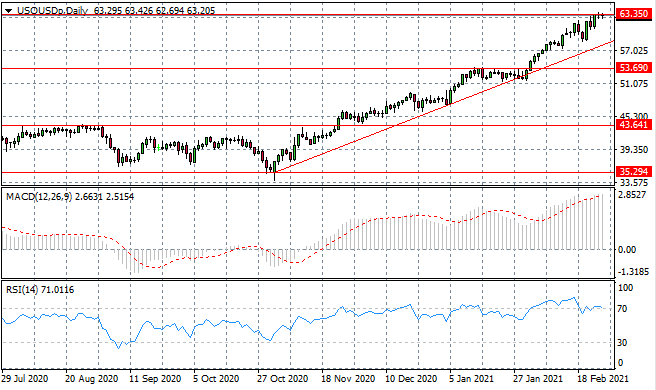 The US500 has pulled back towards the ascending trendline where on previous occasions, the index has rebounded. Currently, buyers appear to have returned after a significant sell-off in yesterday’s trading. Momentum indicators have downward trajectories. 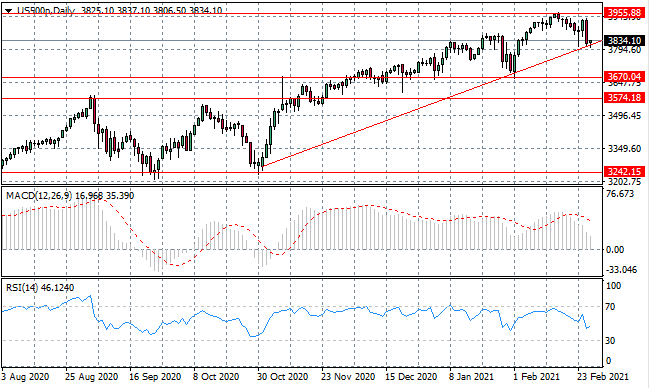