The USD/JPY pair has pulled back towards the ascending trendline where bullish rebounds typically take place. Selling conviction is strong; with the last 4 trading sessions dominated by selling activity. Momentum indicators have downward trajectories with RSI pulling away from overbought conditions. 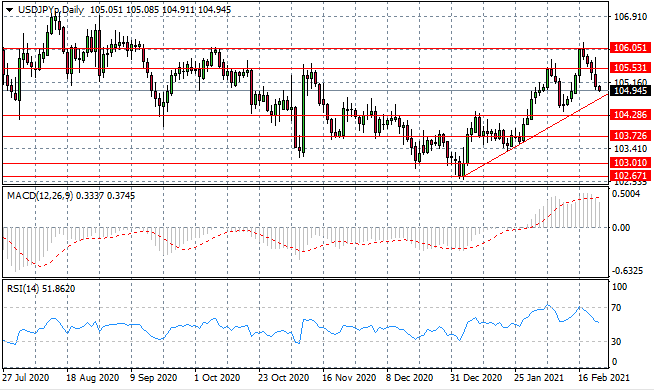 The GBPUSD rally continues to make new highs as the rally accelerates amidst vaccine optimism. Smaller bodied candles in the rally may indicate a slowdown in the pace of the rally, yet buyers’ conviction remains strong. Momentum indicators are bullish with RSI moving beyond the overbought line.

The Eurodollar has moved to test the 1.217 resistance line as buyers begin to dominate price action. The current trading range has been maintained since the end of December where several break attempts have failed. Momentum indicators are bullish with MACD testing the zero line. 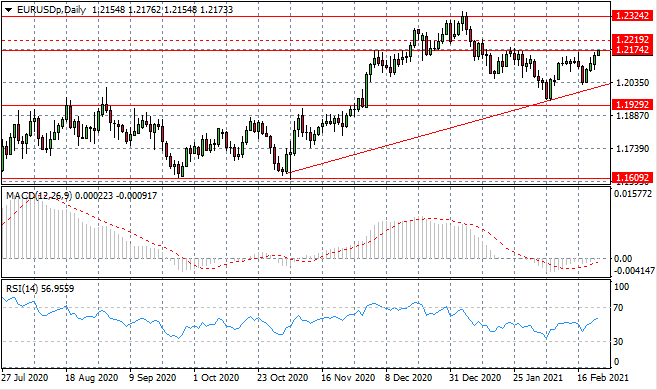 The USDCAD pair has broken the lower bound of a descending trendline and further downside moves are now anticipated. The pair is now moving to new lows and given the strengthening oil market we may expect further downward pressure on the pair. Momentum indicators remain in bearish territory. 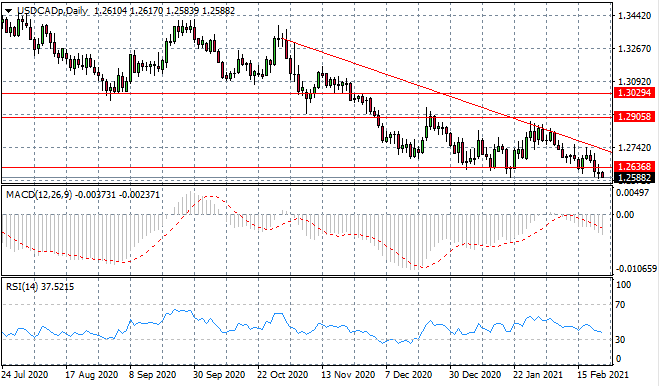 XAUUSD has rebounded from a price low at the 1763.30 price level. As such, the metal is now approaching the descending trendline which has, for the most part, contained any rally attempts since August 2020. Buyers’ conviction will therefore be tested. Momentum indicators are undergoing reversals. 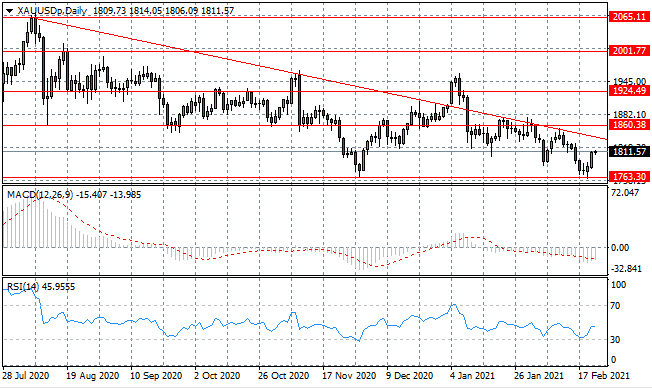 The USOUSD rally shows no abating and the next target is the 63.35 resistance level. Any pullbacks in the rally are typically followed by a spike in buying activity and it is a pattern that seems likely to continue, even as the commodity approaches the resistance line. Momentum indicators are bullish, with RSI testing the overbought line. 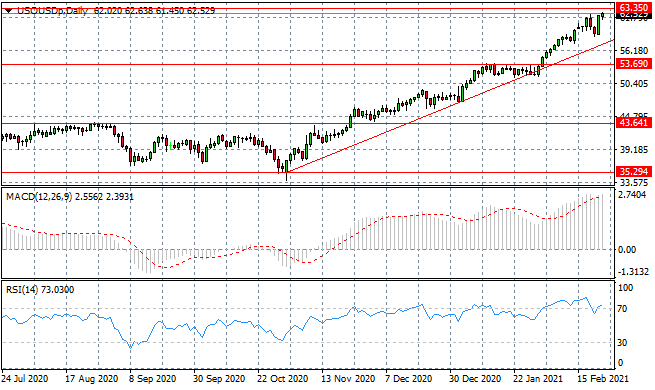 The NDX100 has pulled back to break the ascending trendline in perhaps the first signal of a potential trend change. Buyers’ ability to rebuild the rally will determine the subsequent trend. Previous pullbacks towards this support level have resulted in bullish rebounds. Momentum indicators have downward trajectories. 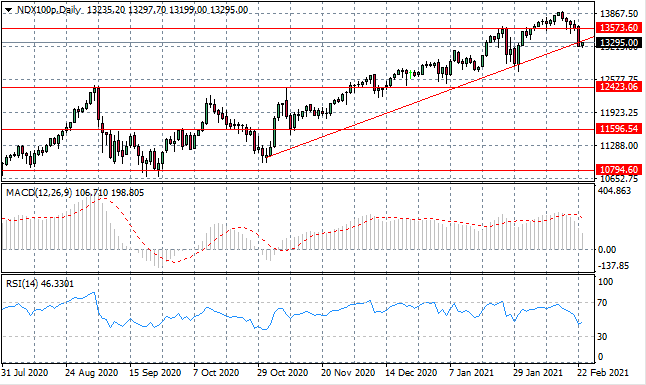