The Beginning Of A USOUSD Reversal?

The USD/JPY pair continues to find the 103.72 price level a sticking point, with neither buyers nor sellers dominating price action. There appears to be no imminent threat of a trend reversal from buyers therefore the longer-term bearish trend will likely remain intact. Momentum indicators have stalled in neutral territory. 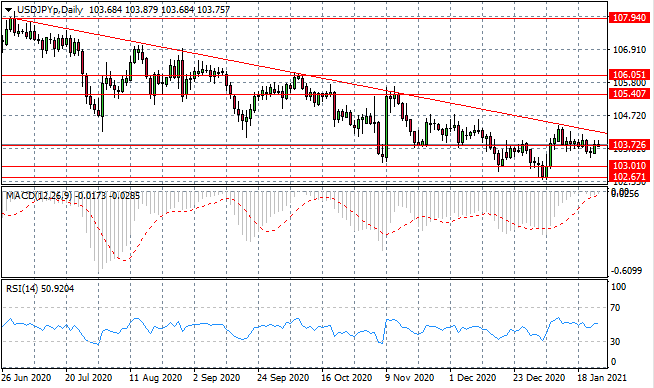 The GBP/USD pair has remained at the 1.368 hurdle, despite an initial break. Sellers have not regained control and it seems likely that the pair will consolidate at this price line in the near-term. Momentum indicators have flattened in bullish territory, highlighting further upside potential. 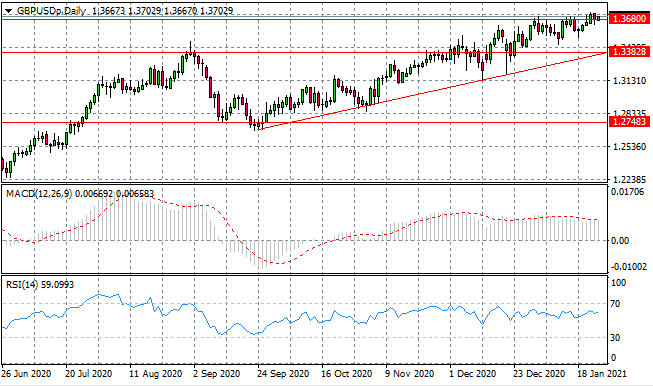 The Eurodollar has overcome the 1.214 resistance line yet bullish momentum appears to be waning. This price area has remained a consolidative range for the pair in recent trading, as rally attempts beyond this area have been short-lived and price action has generally returned. Momentum indicators are neutral. 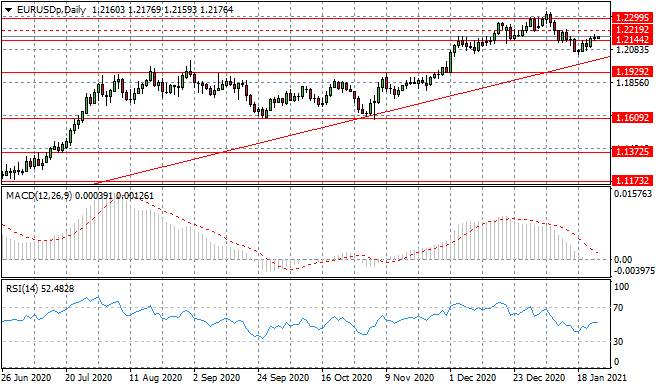 USDCAD found support at the end of the previous trading week yet the bullish momentum has not been sustained.  Sellers appear to be active in the early Asian trading session, as the pair continues to test the 1.269 support level. Momentum indicators are beginning moderate upward trajectories. 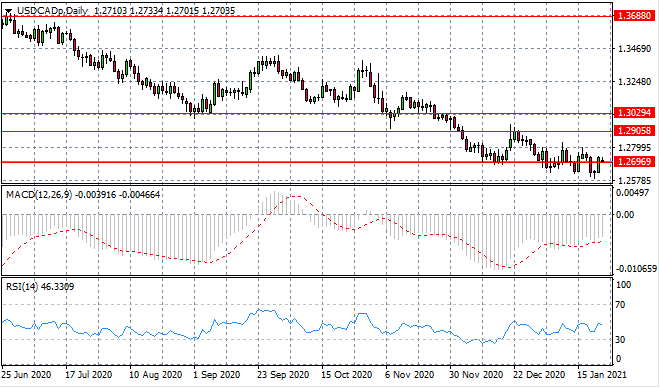 XAUUSD rejected the descending trendline as the price area continues to act as resistance to rally attempts from the metal. Buying pressure remains but momentum remains weak. As such the metal broke back below the 1860 price line as the longer-term bearish trajectory remains intact. Momentum indicators appear to be undergoing reversals. 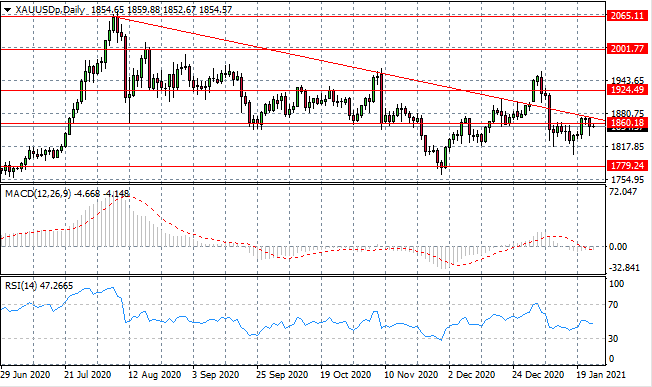 USOUSD has pulled back to break the 52.63 support level yet, has not quite as far as the ascending trendline which is currently acting as a support level to the longer-term rally. The commodity’s upward trajectory does appear to be losing steam, first indicated by a series of small-bodied candles to end last week’s trading. Momentum indicators are undergoing reversals. 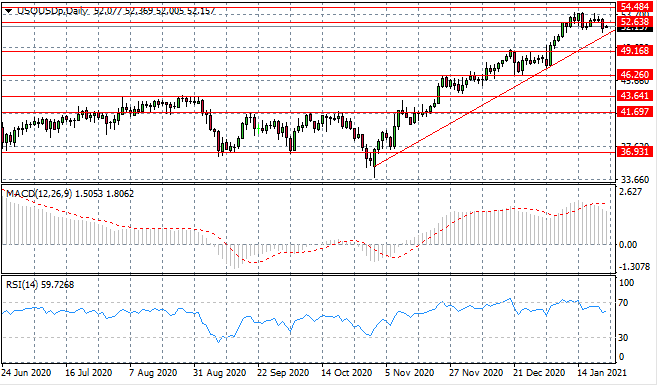